Cape fur seals breed in mid-October. Pups are usually born between late November and early December. The female spends the next several months foraging at sea and nursing her pup, who is weaned at four months old.

The cape fur seal's main predator is the Great white shark, but for the pups there are two other dangers: jackal and gulls. For the jackal the pups are easy fast food - they just walk into the chaos and grab one of the many pups. The cape gulls are mostly looking for the afterbirth. I've also seen them trying to pick very young pups to death - not a nice thing to watch. 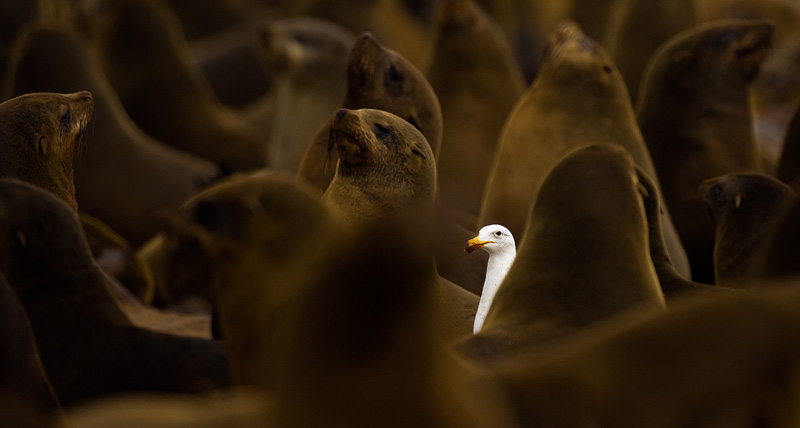