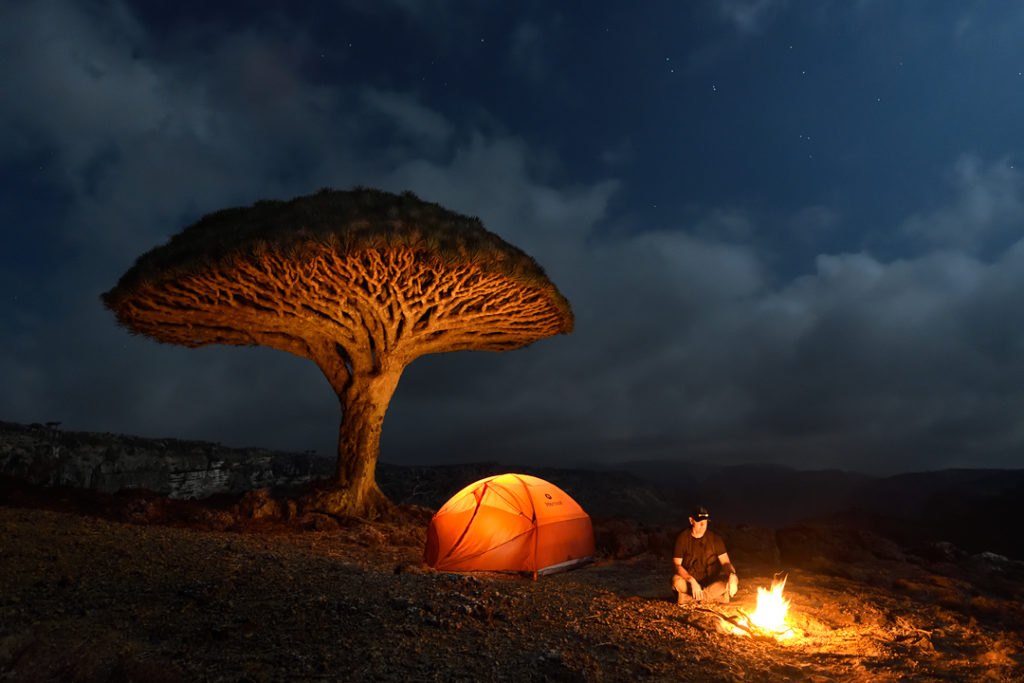 Every photographer has a bucket list. Or sometimes even two: one with locations, and one with specific subjects. For many years my two bucket lists had something in common – both the #1 location and the #1 subject were in the same country: Yemen.⁣⁣⁣

⁣⁣⁣⁣⁣⁣⁣⁣⁣Some 240 kilometers (150 mi) east of the coast of Somalia and 380 kilometers (240 mi) south of Yemen lies the island of Socotra. The island is very isolated, and home to 700 (!) endemic species; up to a third of its plant life is endemic. It has been described as “the most alien-looking place on Earth” and “the jewel of the Arabian Sea”. In 2008 Socotra was recognized as a UNESCO World Heritage Site.⁣⁣⁣

⁣⁣⁣⁣⁣⁣⁣⁣⁣One of the most striking of Socotra’s plants is the dragon blood tree (Dracaena cinnabari), which is a strange-looking, umbrella-shaped tree. Its red sap was thought to be the dragon’s blood of the ancients. It is this tree that was at the top of my bucket list for a very, very long time.⁣⁣⁣

⁣⁣⁣⁣⁣⁣⁣⁣⁣But Yemen has been unstable for decades. Civil wars, a revolution, Al-Qaeda in the Arabian Peninsula, starvation. The current civil war started in 2015 and has cost the lives of over 20,000 civilians. In 2018, the United Nations warned that 13 million Yemeni civilians face starvation in what it says could become “the worst famine in the world in 100 years”.⁣⁣⁣

⁣⁣⁣⁣⁣⁣⁣⁣⁣As a result, it has been impossible to visit the island for many years – no planes or even boats would go there (I tried). Until suddenly I saw an opportunity and I took it. It turned out to be one of the most intense projects I have ever done.

⁣⁣⁣⁣⁣⁣⁣⁣⁣> You can help the people in Yemen by donating here: rescue.org ⁣⁣