Closeup of a white rhino (Cerathotherium simum), the largest and most numerous species of rhinoceros that exists. Like the black rhino, the white rhino is heavily under threat from habitat loss and poaching. The horn is mostly used for traditional medicine in China and Vietnam despite the fact that modern science has proved that there are no health benefits from the horn.

So far, the Chinese and Vietnamese governments have not taken any responsibility and demand for rhino horn is still increasing. Pound for pound, rhino horn is now worth more than gold - a recipe for extinction. 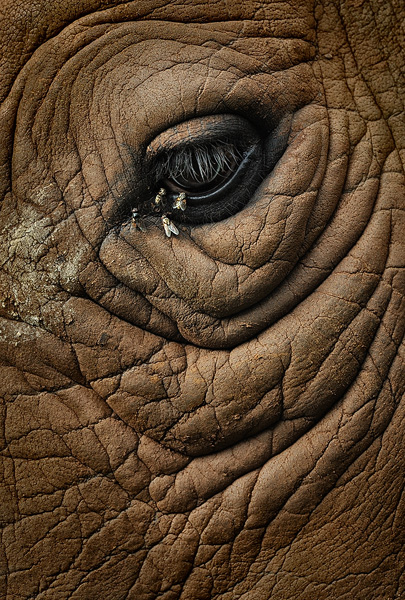