The Valley Of Death

Deadvlei is a white clay pan located near the famous salt pan of Sossusvlei, inside the Namib-Naukluft Park in Namibia. Also written DeadVlei or Dead Vlei, its name means "dead marsh".

Deadvlei is surrounded by the highest sand dunes in the world, the highest reaching 300-400 meters. The clay pan was formed after rainfall, but when the climate changed, drought hit the area, and sand dunes encroached on the pan, which blocked the river from the area. The trees died, as there no longer was enough water to survive. The remaining skeletons of the trees are believed to be about 900 years old. 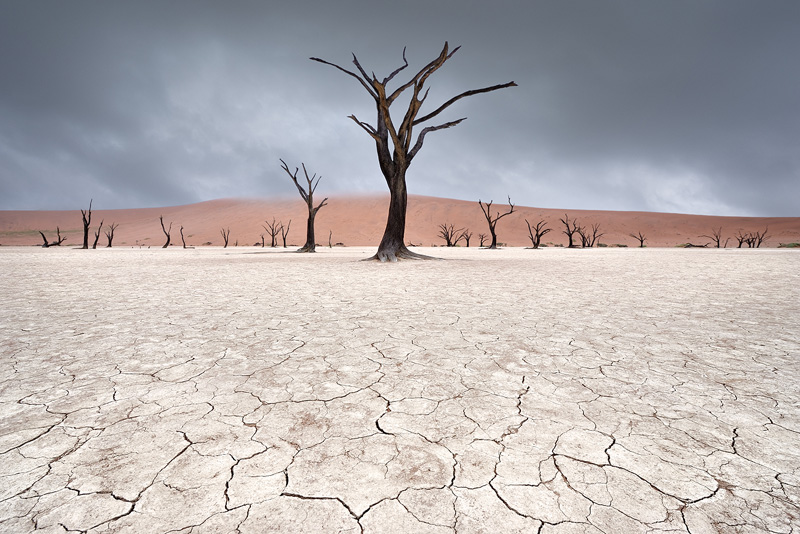