Before my very first visit to Japan, I did some research to find out what had already been shot of my subjects. My conclusion was that many of the shots looked alike and that no one had ever used off-camera flash in a creative way to create a unique look. So I decided I was going to be the one. I started using this technique on the snow monkeys, and later on the whooper swans as well.

This particular image was shot after sunset with a remote controlled flash to the right of the scene, behind the rising steam to bring it out better. 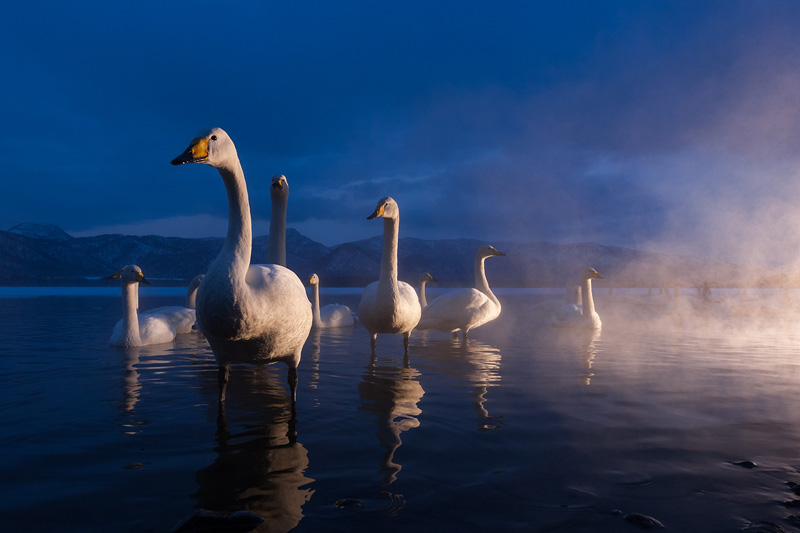