Japanese macaques (Macaca fuscata), or snow monkeys, are a real joy to watch - not only because they're constantly active in and around the natural hot springs and that there's a lot of interaction between monkeys to observe and photograph, but also because they resemble humans so much.

If you talk to any wildlife photographer, they will tell you to shoot at the eye level of your subject - never shoot down. They're usually right, but rules are meant to be broken, and that's what I did here. I deliberately chose a very high viewpoint to look straight down on this young snow monkey in an attempt to make it look even smaller. 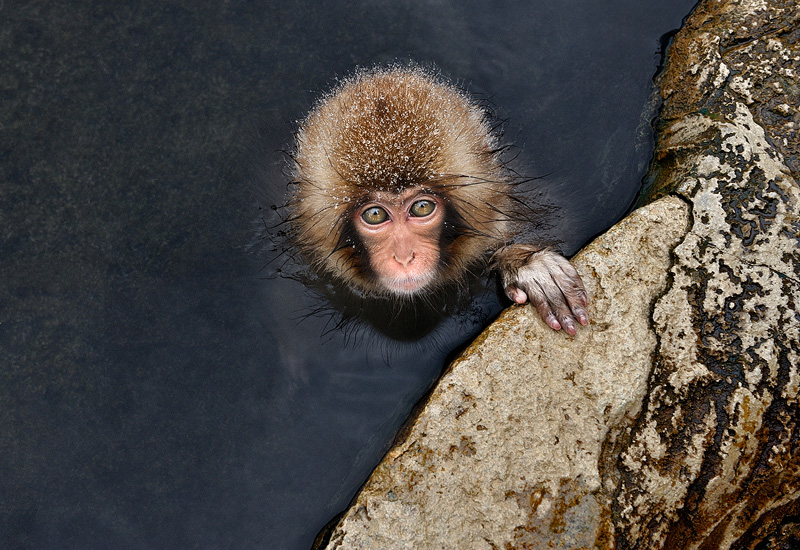