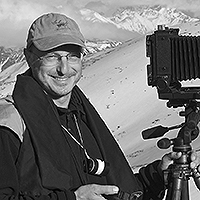 Georg’s career started from a passion for adventurous traveling and being outdoors, something he has always shared with his wife and photographer Verena Popp-Hackner. Together, in 1998, they started a business as landscape photographers, in the hope to escape the hamster wheel and be forever out in the wilds, without really ever having to work. Despite realizing, this wouldn’t work, they kept traveling, sea kayaking and hiking the planet – always in search for unusual views, compositions or special moods. After more than 20 years in nature photography, raising two daughters along the way, their business as freelance photographers is still striving. Most of their work is in the context of creating books or magazine articles, either about environmental issues or traveling, forcing them to revisit their chosen regions for many times. Creating large prints for galleries and exhibitions is their way of “opening windows” into realms, that often go unnoticed and are out of reach for most people.

“Georg Popp was a great trip leader! He’s a fantastic and well-traveled photographer, and he really knew the area. More importantly, he was great coaching people on photo (and kayak!) technique for the swamps and pointing out possible compositions. The evening image critiques were super helpful, ensuring that all of us came home with a collection of stunning images.” -Phil Sokol (USA)

Georg’s working tool of choice is a Toyo Field large format camera, which means he is still shooting a large amount of his work on film. He loves the movements of this type of camera, the flexibility and independence from batteries and – most of all – the complex usability, that forces you to work slow. However, since the appearance of Nikon’s convincing D800, he has started to combine analogue photography with digital, too. Especially, where setting up tripods can be difficult (like in the cypress swamps), when things have to go fast (when taking images of wildlife) and when long lenses are unavoidable. (which is often!) After switching to Nikon’s D810, he now uses the D850.

“Just want to let you know that travelling with Georg in the Swamps was a delight. Magical landscapes and incredible scenery that Georg knows inside out and shares with his knowledge, humor and big heart. Georg helped to lift my photography to the next level. Combine this with the high standards of Squiver… A trip of a lifetime!” -José Gieskes (NL)

Georg, together with his wife Verena, has won numerous awards for his landscape photography work (for example WPY, Nature’s Best, GDT-ENJ, Glanzlichter), has been featured in many photo exhibitions and published a number of coffee table books. More of his work can be viewed on www.popphackner.com.

Check out Georg’s gallery, to see some of his award-winning work. 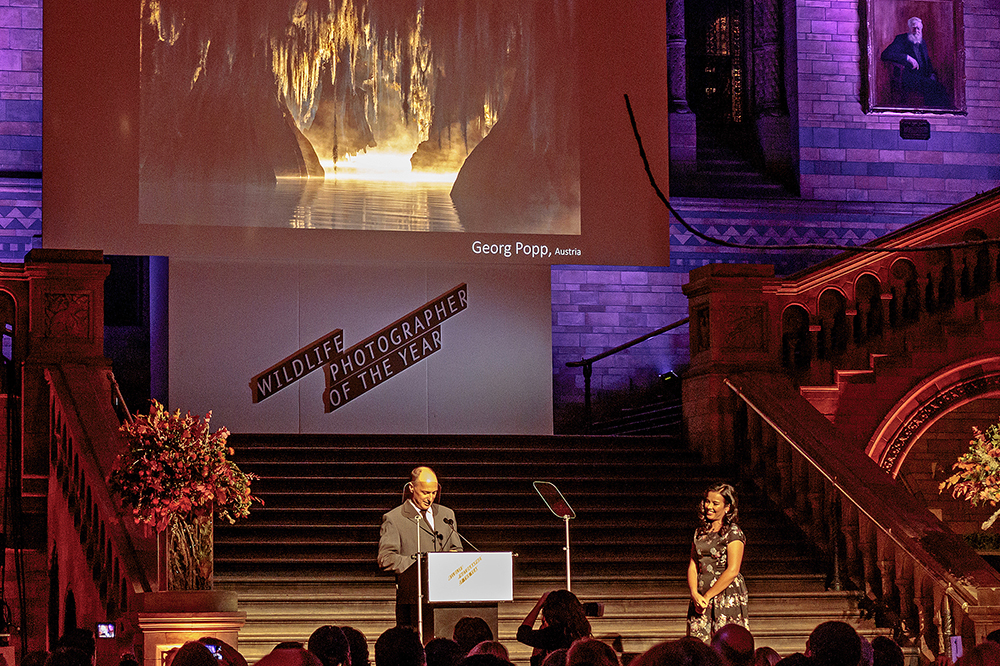 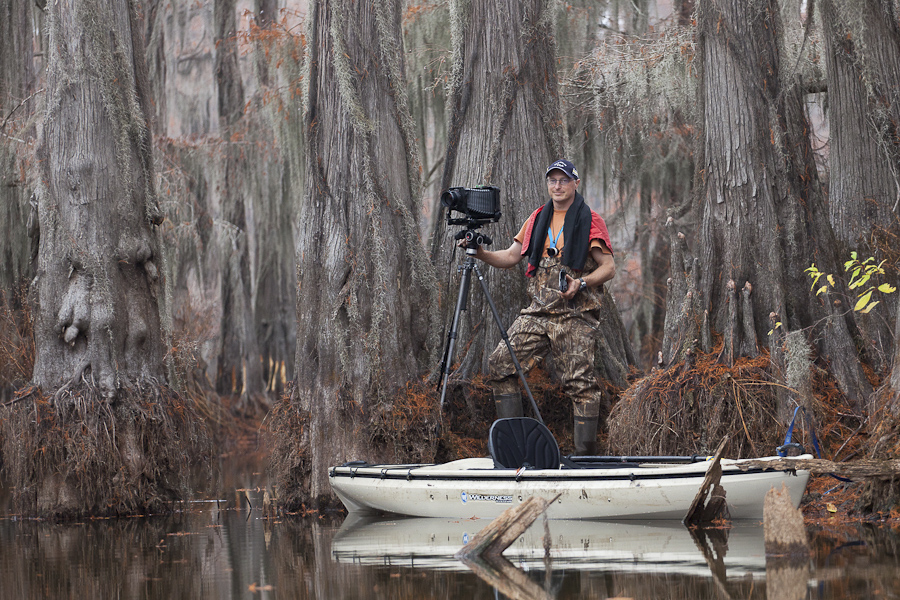 Photographing in the Cypress Swamps 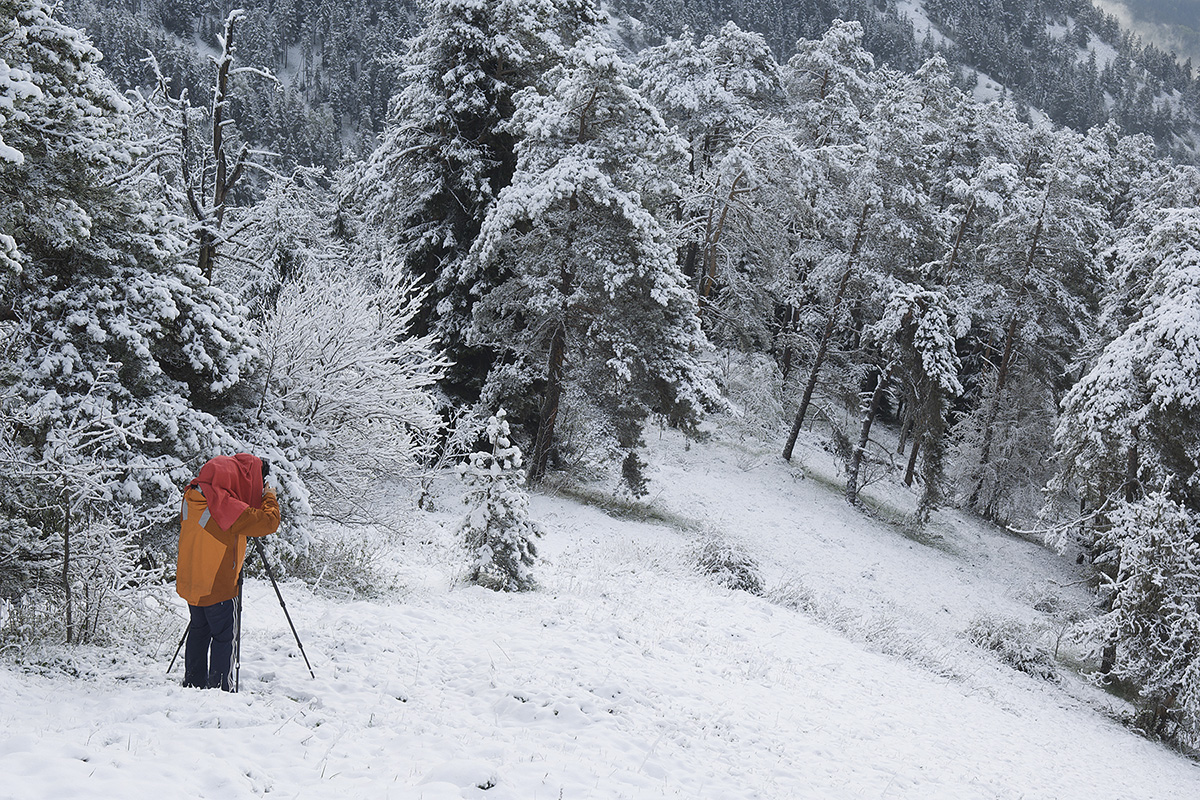 Georg at work in Georgia 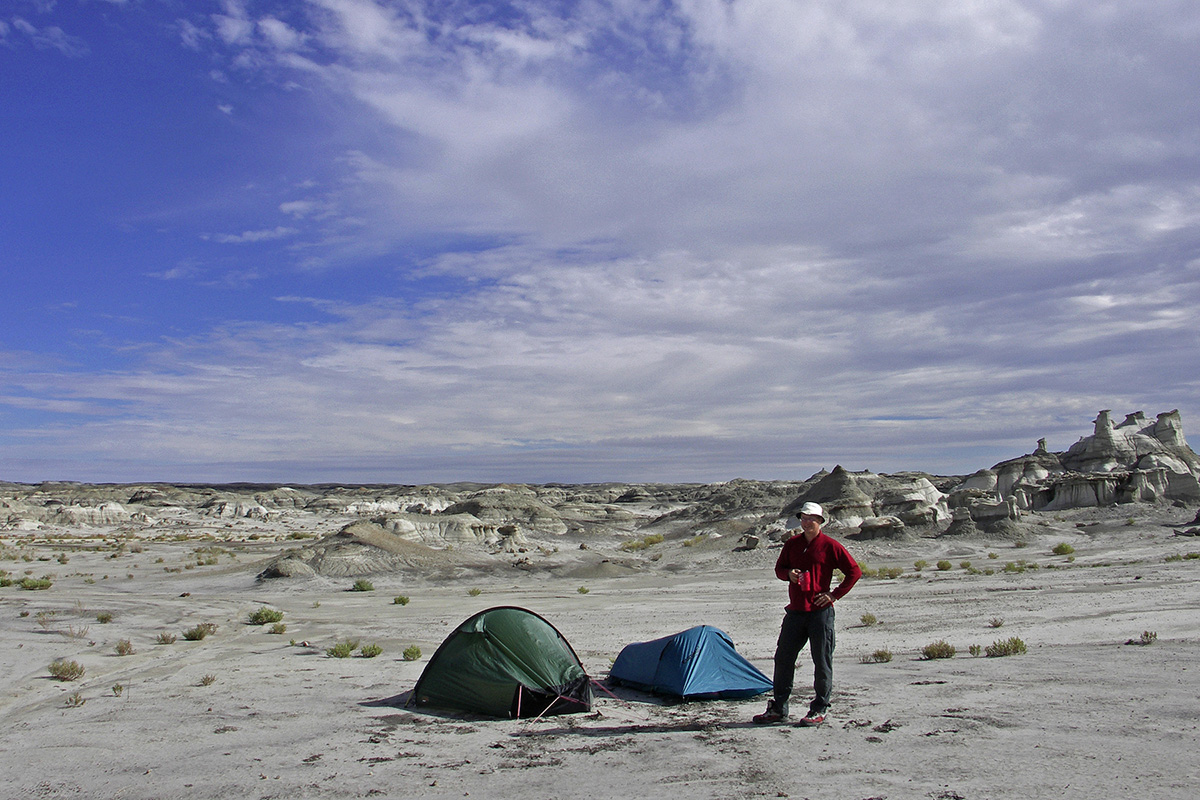 Camping in the desert of New Mexico. 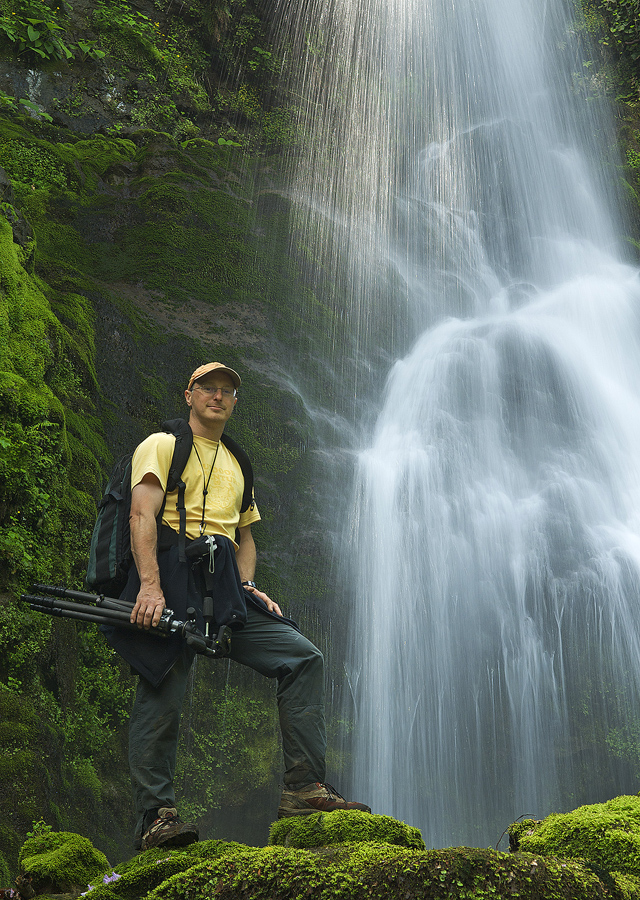 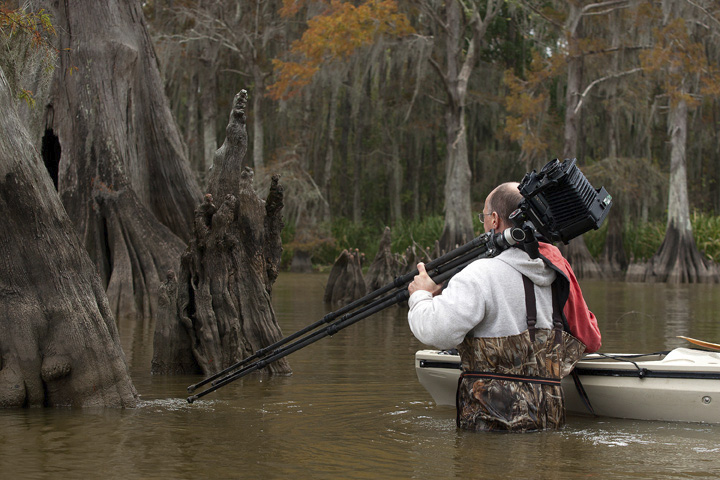 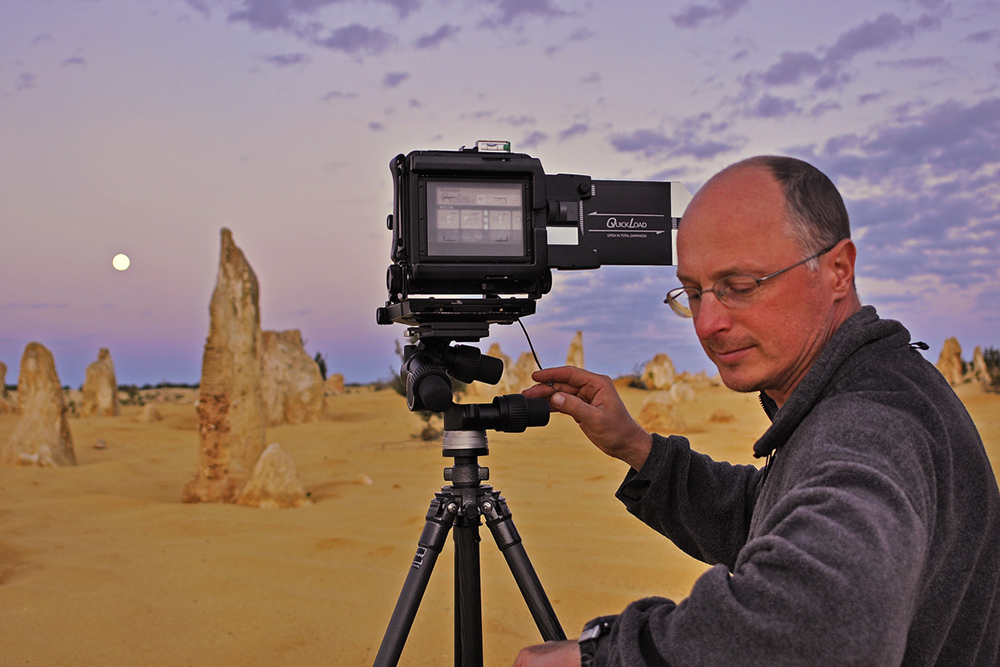 Moonrise in the pinnacle desert, W-Australia 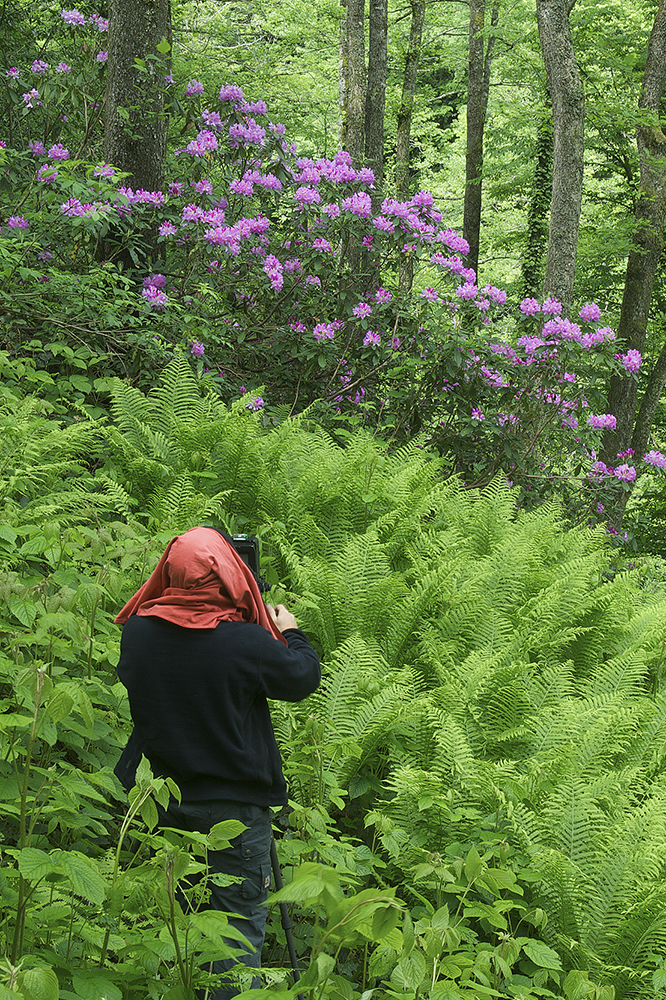 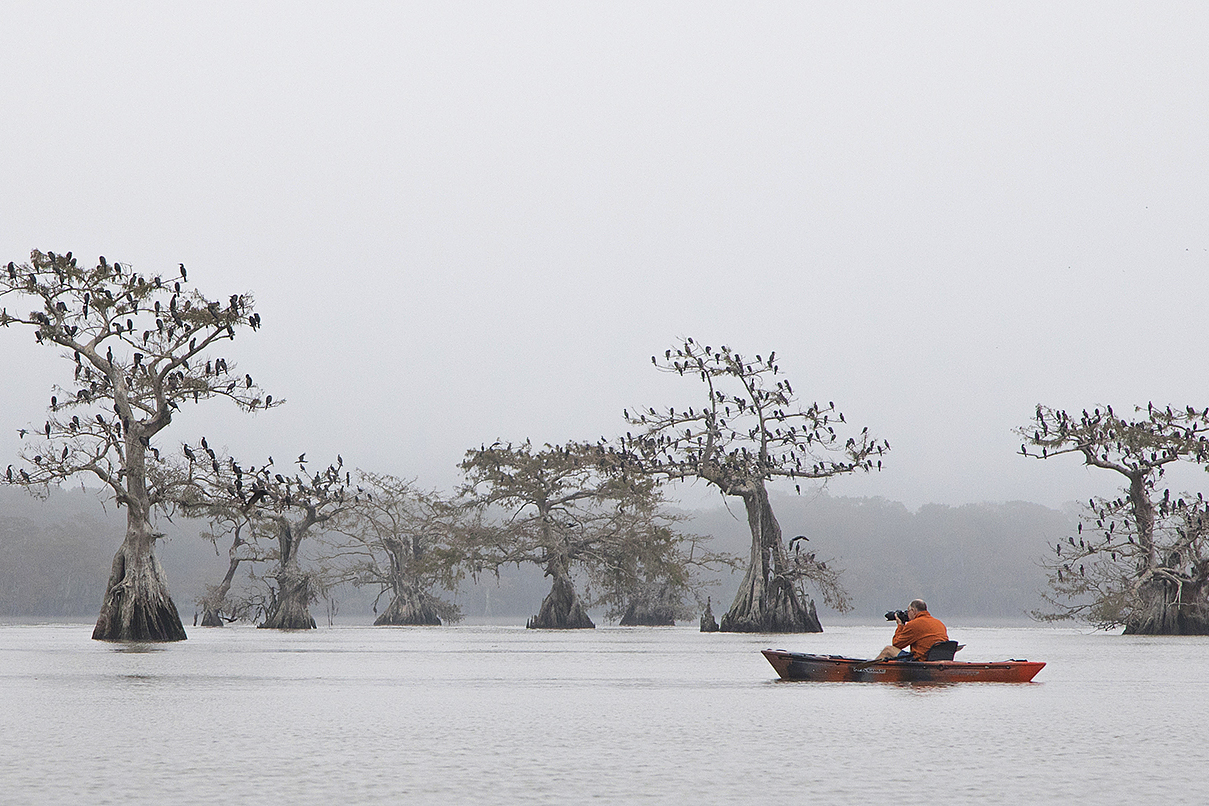 Shooting from the kayak 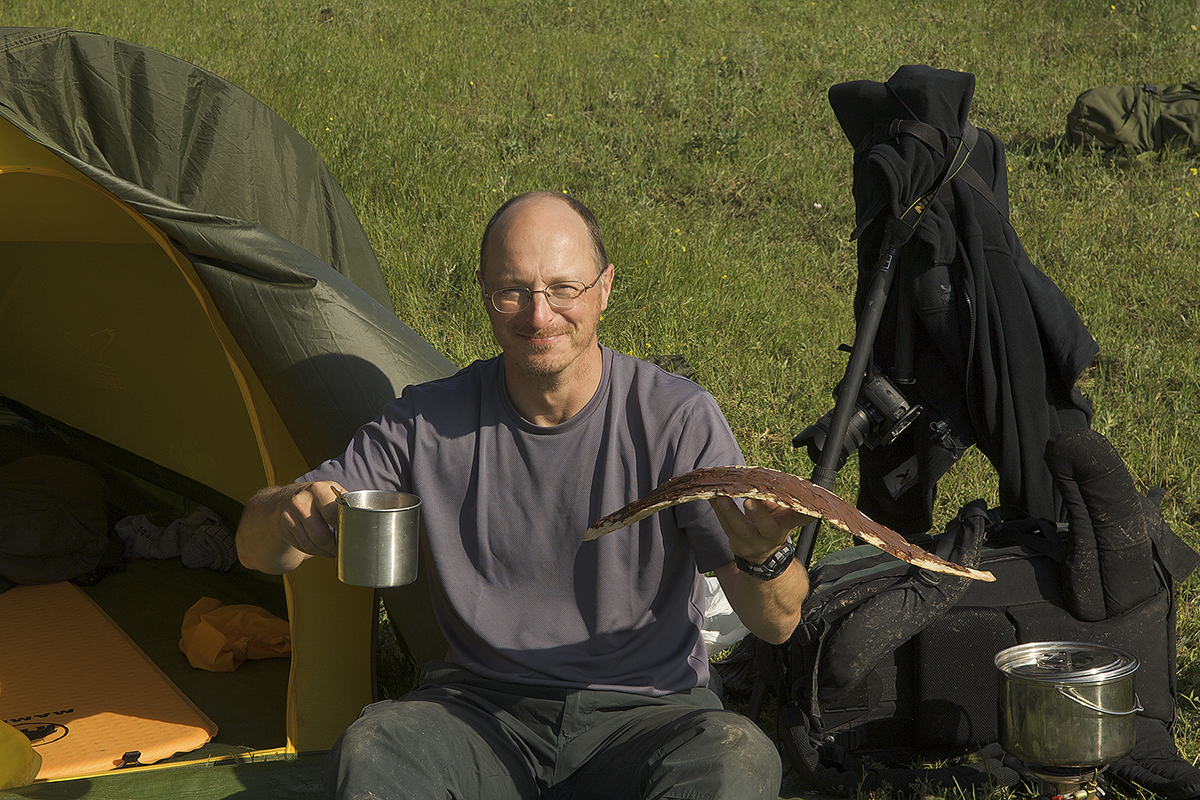 A little snack-breakfast after the morning shoot.